The Sixth Kondratieff Is The Smart City 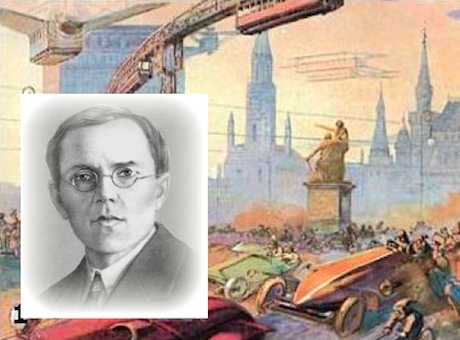 Nikolai Kondratieff, a Soviet-era economist in the 1920s, developed a theory of the economy where technological innovations drove the business cycle. This looked a little too like the way the capitalist world explained itself and for these sins, Stalin sent him to the Gulag where he went insane and died in 1938. But Joseph Schumpeter picked up his ideas, popularising this theory as long waves where new technologies drove the economy on the upswing only for the wave to peak and then swing down into recession and depression. This in turn initiated the creation of newer technologies that would drive an new upswing when these new technologies would destroy or displace the old … and so on. Schumpeter published this in his book Business Cycles in 1939. Five such waves have been identified since the late 19th century, each of roughly 50 years in length, the first relating to steam, the second to rail and iron, the third to electricity, the fourth to automobiles, the fifth to information technologies which is currently just ending and the sixth to … ?

I think the sixth wave will be based around the idea of the smart city. It will include information technologies in medicine, nanotechnologies, AI in its many forms, and new forms of organisational change using intelligent computation, cloud computing, new forms of sensor, social media and so on. However this is mere speculation on my part but others are saying it too. My interest in this is prompted by an essay I have written for a volume celebrating Peter Hall’s academic contributions, which will be published in time (perhaps this year) by Springer (see link below to get a copy). My task was to review his contributions to technology and cities and it is there that he developed the notion of innovative and creative cities built around the idea of long waves. Indeed in several books in the 1980s, in particular his book with Paschal Preston called The Carrier Wave: New Information Technology and the Geography of Innovation 1846-2003, he developed the geography of the Kondratieff and my own appreciation leads quite easily, I think, to the notion that the sixth Kondratieff will be all about the smart city.

This is a controversial thesis because in and of itself the Kondratieff long waves are a controversial idea but more than me writing at length about it in this blog, you can read the first draft of my essay which have uploaded here. So click on this link. The essay will change – it is simply a first draft – but the idea of the era that we are about to find ourselves in being the era or age of the Smart City is pretty resonant with lots of things you will read on this site. And lots of things we do in CASA.

I chair CASA at UCL which I set up in 1995. I am Bartlett Professor In UCL.
View all posts by Michael Batty →
This entry was posted in Big Data, Complexity, Information, Smart Cities, Urban Dynamics. Bookmark the permalink.