Big Data in the Big Apple 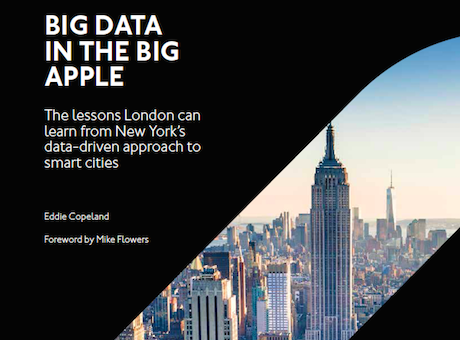 What we can learn here from New York: an interesting report from Eddie Copeland at the Policy Exchange. Fascinating reading from the place where open data was invented, and where Urban Mechanics was begun. I quote from the blurb:

Today marks the launch of the first report from the Capital City Foundation, Policy Exchange’s London-focused unit. The report, Big Data in the Big Apple, says the next Mayor of London should appoint a Data Tsar to replicate New York’s success at using analytics to improve life for Londoners. Monitoring different data sets including the amount of rubbish collected, energy bills and even sewage levels could, for example, help local authorities identify and combat ‘beds in sheds’, the illegal use of buildings usually built without planning permission that cost the taxpayer millions and make life a misery for Londoners. The report calls for the appointment of a Data Tsar based in City Hall whose job would be to lead a team of analysts that collects and overlays different data sets held by each of London 33 boroughs as well as the Metropolitan Police and the London Fire Brigade.

The paper sets out a number of ways in which harnessing different data sets could lead to better outcomes for Londoners:

I chair CASA at UCL which I set up in 1995. I am Bartlett Professor In UCL.
View all posts by Michael Batty →
This entry was posted in Big Data, Complexity, Information, Planning Support, Uncategorized, urban and regional planning. Bookmark the permalink.