The Beginnings of GIS 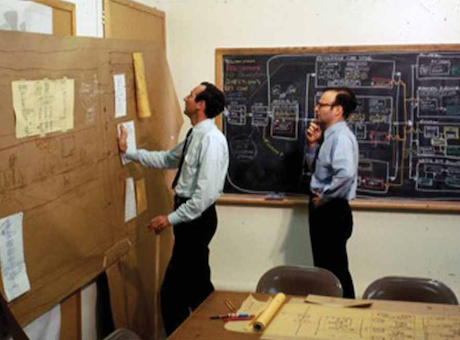 UCL has many famous sons. Brian Berry graduated here in 1955 before he went Stateside and Roger Tomlinson, the ‘father of GIS’ who coined the very term in the early 1960s, did his PhD here. Carl Steinitz who is a visiting professor now in CASA but who spent his life at the Harvard Graduate School of Design was on the shop floor of the movement from the very beginning training an army of influential people such as Jack Dangermond who founded ESRI. Last year, Carl launched his book A Framework for Geodesign at CASA and Michael Hebbert, the Editor of Planning Perspectives, was present when Carl told us something of the history of GIS. Mike convinced Carl to put all this together from which this excellent paper The beginnings of geographical information systems: a personal historical perspective has now been published in this journal. This is esential reading for all those involved in the movement and especially for thiose who relish the way compouters and graphics have evolved since those early days.The picture above is Peter Rogers and Carl Steinitz exploring paper outputs from their computation in 1967. Note the ties !

I chair CASA at UCL which I set up in 1995. I am Bartlett Professor In UCL.
View all posts by Michael Batty →
This entry was posted in Complexity, Geodesign, Hierarchy, Information, Planning Support. Bookmark the permalink.