Science and the City 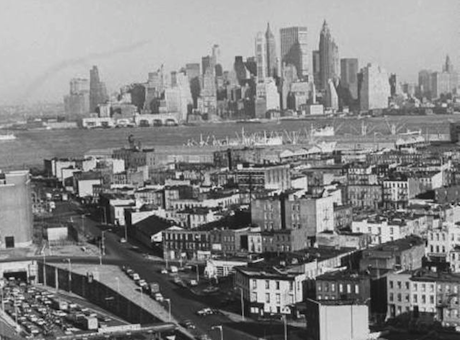 Amazingly as far back as January 1967, we were quite literally talking about ‘a science of cities’, using the cliche. Jennifer Light’s book From Warfare to Welfare published in 2003 recounts the optimism of the 1960s in which many believed that one could import the products of the space program specifically and the military industrial complex more generally into tools that we might used for solving the urban crisis. In America this was the crisis of segregation and poverty in cities as well as traffic congestion, housing conditions and endemic decay. We have just returned from CUSP in NYC where we met with other groups from the US – from Chicago (U Chicago Argonne), Brooklyn (NYU CUSP) and Boston (Harvard) – where we have been discussing the emergence of urban informatics, the role of big data and the new science of cities that weaves itself around such ideas.

But we tend to forget that we have been here before in the 1960s and it is well worth looking at what was said then. The pamphlet referred to was produced by Volta Torrey for HUD (Housing and Urban Development) and published in January 1967. It was prepared after a major meeting on Science and Urban Development held at Woods Hole in June 1966 which brought together a wide variety of scientists and policy makers as well as planners and engineers. Its contents make fascinating reading, and those of us who are scholars of urban and planning history will be intrigued by its perspective. The world is very different now but the sentiments are much the same. I have scanned the document (no worries about copyright 47 years on from a pamphlet from HUD!) and made it available online if you click here or the picture above. There are so many evocative quotes that I hesitate to pick any out but one depicts the exact same picture that we have today is as follows: “The name of the urban game,” as one of the Woods Hole conferees pointed out, “is information processing”. This is what we were gathered to discuss 47 years later at CUSP in downtown Brooklyn.

I chair CASA at UCL which I set up in 1995. I am Bartlett Professor In UCL.
View all posts by Michael Batty →
This entry was posted in Big Data, Complexity, Information, Planning Support, Smart Cities. Bookmark the permalink.