In Celebration of Peter Hall 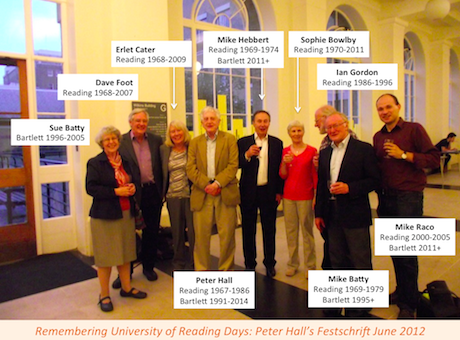 Many will know that the world’s greatest planning academic passed away yesterday after a short illness. He was a great friend of CASA convincing me to come and run it in 1995 and doing much to establish and support what we continue to do: in building a science of cities. I will not eulogise Peter’s achievements but simply make this acknowledgement of his great impact. He was my mentor at Reading University in the late 1960s and 1970s where I was a lecturer (in Geography) and he the Professor. He got us all started in 1969 when he won a grant from the Centre for Environmental Studies to build land use transport models, thus nurturing a small community of scholars and practitioners that is still in existence and whose influence is slowly but surely increasing. I was fortunate that he appointed me as a research assistant to this grant in 1969 and much of what we do now in CASA emanates from those days. The picture above was taken two years ago when we celebrated his 80th birthday with a festschrift conference. Dave Foot and Erlet Cater are in the picture and they were key to our work on early land use transport models in those golden years which marked the 1960s

I have blogged the picture of the cake that was baked for Peter’s 80th birthday before but here it is again: in the image of Ebenezer Howard’s Tomorrow: A Peaceful Path to Reform. 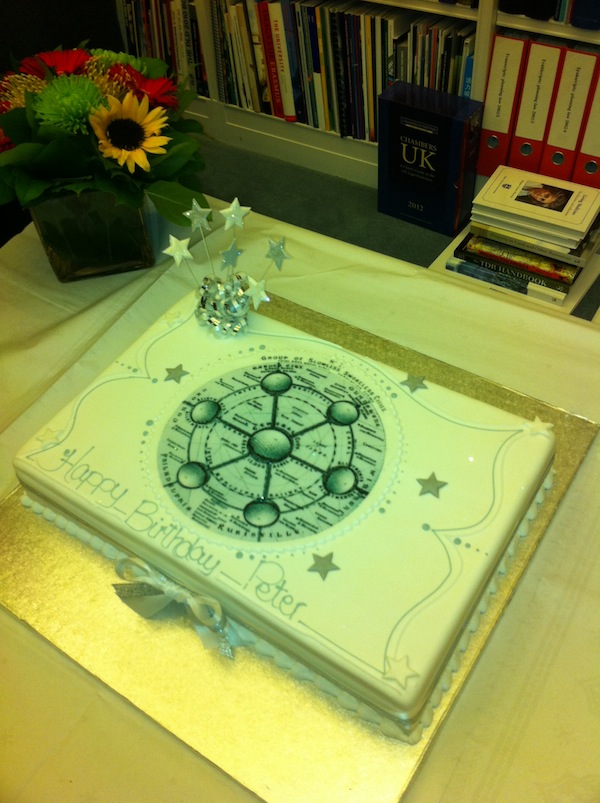 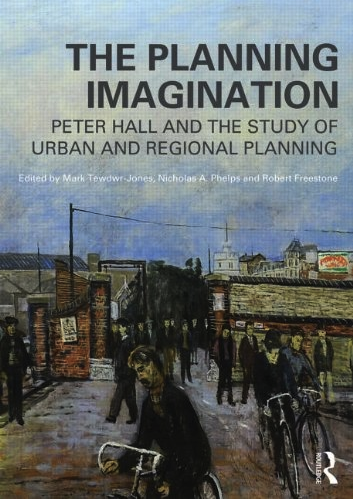 I chair CASA at UCL which I set up in 1995. I am Bartlett Professor In UCL.
View all posts by Michael Batty →
This entry was posted in urban and regional planning. Bookmark the permalink.