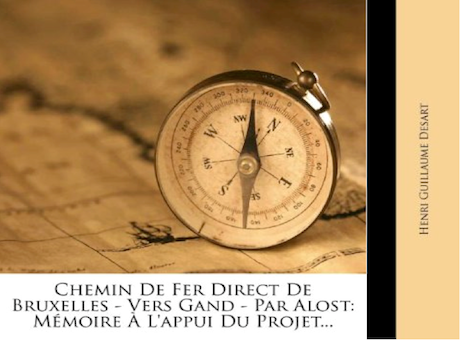 Once in a while along comes a wonderful piece of historical research that again illustrates that in most fields, there is little new under the sun. Andrew Odlyzko’s recent paper entitled “The forgotten discovery of gravity models and the inefficiency of early railway networks” is just such a paper. In it, he shows that it was not Carey who was the first to argue that human interactions vary directly with their mass and inversely with the distances between them – Newton’s second law of motion – but a Belgian railway engineer Henri-Guillaume Desart who in 1846 (perhaps even before that date) argued that rail traffic on any new line would follow such a law. He based this on the ‘big data’ of his time, namely railway timetables and he thus joined the debate which raged for over half a century as to whether new rail lines  built point to point in straight lines with no stations between would generate more traffic than would be attracted locally if stations were clustered around big cities. This is a debate that has some resonance even today with the debate in Britain about new high speed lines such as HS2 and what stations they might connect to.

Odlyzko’s paper also notes that in 1838, a British physicist John Herapath suggested that this local law of spatial interaction for rail traffic in fact followed a negative exponential law with traffic proportional to exp(-bd) where d was the distance from some source to a station. Arguably this is an earlier discovery although it was Desart who fitted his model to data, coming up remarkably with an exponent on the inverse power of the distance in the gravity model of 2.25.

Elsewhere  I have recounted the tale of the how the Lyons electronic computer team much in advance of their time, cracked the shortest route problem in the early 1950s, several years before Edgar Dijkstra who is the accredited inventor of the algorithm. You can see the video of this here where they took on the problem of pricing freight on the British Railways network by breaking their big data into chunks of network which they needed to move in and out of store to solve the problem. In fact somewhere in the recesses of my mind, there is also a nagging thought that someone even earlier, just after Newton’s time, first applied his gravity model to human interactions. I seem to remember this was at the time of the French Physiocrats whose input output model anticipated Leontieff by more than 150 years when Quesnay devised his Tableau Economique. Old theories of social physics seem to go back to the beginnings of natural physics and although we live in a time when the modern and the contemporary swamp our history, we are gradually discovering that our human wisdom in learning to apply science to human affairs goes back to the deep past.

I chair CASA at UCL which I set up in 1995. I am Bartlett Professor In UCL.
View all posts by Michael Batty →
This entry was posted in Connectivity, Economies of scale, Flows, Interactions, power laws, Scaling. Bookmark the permalink.