At the Crossroads of Urban Growth 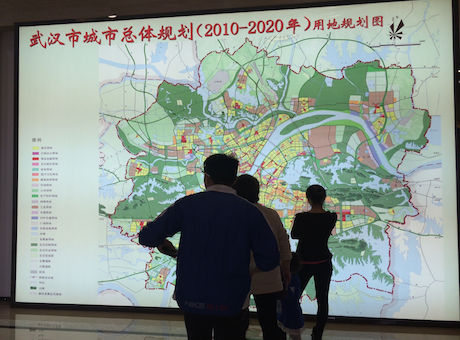 A spectre is haunting urban growth relating to how development is financed. My current editorial in Environment and Planning B (December 2014, issue 6) discusses the increasing disconnect between demand and supply of new buildings using the example of Wuhan in China where the dash for growth is turning traditional notions of how cities get built upside down. The prospects are frightening for there are many parts of the world where the economies might crash as the link between demand and supply is broken. We may well be in line for a series of linked credit crunches, one of which follows another as government debt, inflation, and the printing of money are increasingly out of step with what is feasible and sustainable.

The conventional wisdom is that developers borrow cash to construct buildings and infrastructure for which there is demonstrable demand, at least in the medium term. Banks that are risk averse will only lend money to those developers who have not only good track records but a convincing argument that their products will find a market. This is little different from any production which is predicated, to an extent, on present and future consumption. By and large for the last 200 years, this process had led to balanced supply with demand, notwithstanding more than normal profits being generated quite frequently. But in many parts of the world, particularly where urban growth is very rapid, a disconnect between the rate of growth and development and the rationale for its financing has emerged. In fact the credit crunch in the west and globally began with financial institutions lending to all and sundry without any of the collateral needed to justify this lending. This is being perpetuated particularly in China, and my editorial discusses some of the consequences.

I chair CASA at UCL which I set up in 1995. I am Bartlett Professor In UCL.
View all posts by Michael Batty →
This entry was posted in city size, Economies of scale, Smart Cities. Bookmark the permalink.