The Prevalence, Scaling and Variance of Urban Phenomena 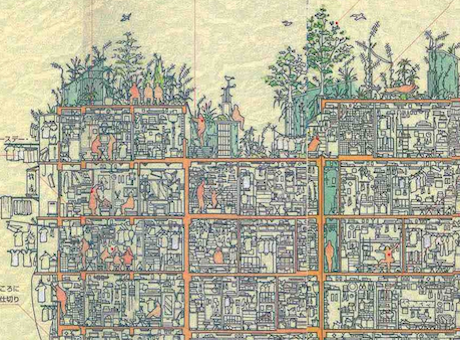 This coming month (January 2017) sees the launch of another of Nature’s flagship journals Nature Human Behaviour. In it, Andres Gomez-Lievano, Oscar Patterson-Lomba, and Ricardo Hausmann explore an integrated model which explains the prevalence, scaling and variance of urban phenomena in which they suggest a new theory of city size that embodies ideas from economic complexity and cultural evolution. This provides a rich basis for speculating on the economic structure of cities suggesting hints as to how old cities might regenerate their past prosperity and new ones generate more success. They do not dwell on applications for they are most careful to ground their argument in caveats – largely due to the fact that they make many plausible but non-testable assumptions to generate their model. In fact, this is little different from most work in the urban systems (and indeed in economic science) where bold assumptions are always necessary to cut through the richness and noise that plagues our understanding and descriptions of human behaviour.

I have written and News and Views comment on this and you can find it here. In fact, the article that this is a response too, is also available for gratis – Nature’s first issue is essentially downloadable for free –  you can get their article by clicking here. What they essentially do in the paper is demonstrate how scaling arises due to the economic complexity of any city. They ground their work in the key result that as cities get bigger, they get more than proportionately more wealthy, implying a scaling law that is consistent with old ideas about urban agglomeration but which was demonstrated nearly 10 years ago for US cities by Bettencourt; but a law with much more ambiguity when it comes to measuring the wealth of older and more polycentric city systems such as those in the UK. To this end, and I quote from my review: “ … they introduce a simple but enticing model which extends these scaling laws to embrace the prevalence of how different activities scale with city size. First, activities will become less prevalent across all cities as they get bigger. Second, they will become relatively more concentrated in bigger cities, on the average. And third, the deviations from this average will widen. Their theory and the model that comes from this suggests that as an activity requires more and more inputs of both a general and specialized nature, it will become less prevalent as a city gets bigger. But as cities get bigger, only then can they access more inputs; so the theory predicts that the prevalence of more complex and specialized activities will also become more concentrated. To an extent, this increase in the numbers of factors or inputs with city size is consistent with their related ideas on economic complexity. A consequence of the way they structure the model is that the variation in the degree of prevalence for a city will increase as the activities get more complex while the total prevalence of the activity gets less.”

There is a lot more than they say in their article and you should read it as it takes a different view of economic systems, technological progress and cultural affinities than anything that has come before. But it is consistent with a good deal of more general thinking about the nature of cities such as that contained in the writings of Jane Jacobs for example. Exciting times for cities and city planners.

I chair CASA at UCL which I set up in 1995. I am Bartlett Professor In UCL.
View all posts by Michael Batty →
This entry was posted in city size, Complexity, Economies of scale, Information, power laws. Bookmark the permalink.