A City is Not a Tree: 50th Anniversary Edition 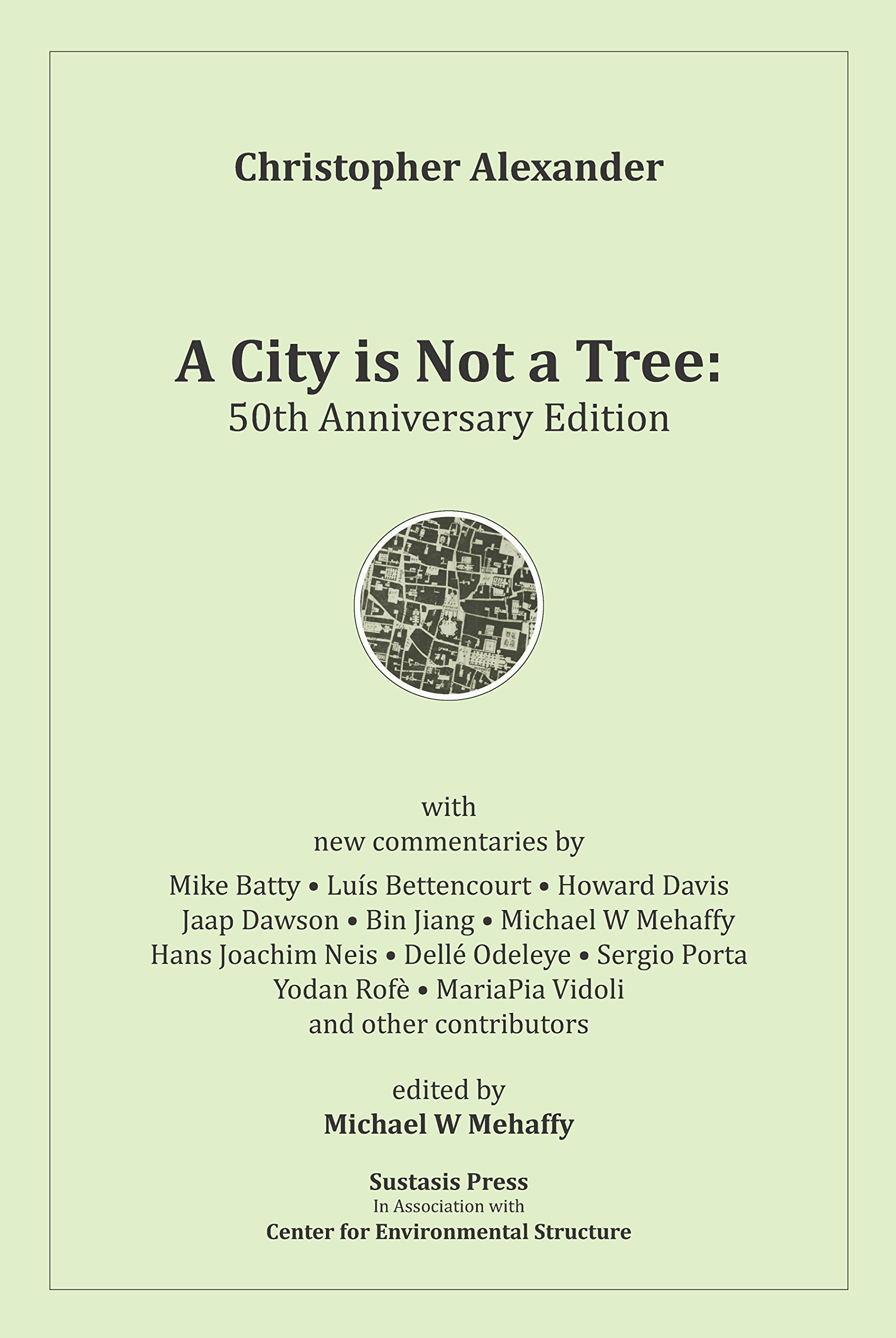 A really nice idea. Michael Mehaffy has put together a superb collection of comments on Chris Alexander’s famous 1965 paper “A City is Not a Tree”. The comments which are presented in slightly longer papers and shorter contributions are from those (like me) who were and continue to be much influenced by his writings. I can’t reproduce the copy here but urge you to take a look at it somehow – click here for Amazon.com link – it is a very nicely presented paperback book. I quote from the blurb:

‘With new commentaries by leading urban scholars including Mike Batty, Luis Bettencourt, Howard Davis, and Bill Hillier. In 1965, the architect and design theorist Christopher Alexander published a landmark theoretical critique of modern urban design, and by extension, modern design in general. His critique was different from others of the day in that it was not based on a social or political argument, but on a structural analysis, rooted in then-emerging insights from the fields of mathematics and cognition. Here, published again on its fiftieth anniversary, is Alexander’s classic text, together with new interpretive commentaries and discussions by leading theorists and practitioners. This volume is destined to become an invaluable resource for a new generation of students and practitioners. “One of the classic references in the literature of the built environment and associated fields.”- Resource for Urban Design Information (rudi.net)”At a time of increasing concern over the adequacy of design methods, “A City is not a Tree” broke open and reoriented the debate.”- Charles Jencks and Karl Kropf “It pointed clearly to a change in the way we need to think about cities.” – Bill Hillier, Chairman of the Bartlett School of Graduate Studies, University College London “Remains a landmark in our thinking about cities and design…It is a new beginning — for Alexander and for urbanism — to discover what the city really is.” – Luis Bettencourt, Santa Fe Institute’

I chair CASA at UCL which I set up in 1995. I am Bartlett Professor In UCL.
View all posts by Michael Batty →
This entry was posted in allometry, Complexity, Emergence, Hierarchy, power laws, Scaling. Bookmark the permalink.